Upgrades to Prepare for Season

Customers and guests who stop in at Piedmont Marina this spring will be amazed by what they find.

The popular marina located on Piedmont Lake has been busy with activity over the past few months as upgrades to the marina building, campgrounds, boat launch ramp and other amenities have been or are nearing completion in time for summer.

The marina also launched its own website at www.piedmontmarinaohio.org with plenty of features designed to provide updates and more to boaters, guests and everyone who is interested in the marina and its services and amenities.

“We are seeing the marina and its operations being transformed for our customer right before our eyes and in time for the 2014 season,” said Matt Miller, Piedmont Marina manager. “The best part is that many of the improvements that have been made were requested by our customers and guests. We are inviting everyone who is interested in the marina to stop by, say hello and see the improvements.”

Piedmont Marina is located at 32281 Marina Rd., Freeport, and is operated by the Muskingum Watershed Conservancy District (MWCD). Reservations for the marina’s campgrounds, cabins and rooms in its motel are available online at travel.reservemwcd.com.

The MWCD, a political subdivision of the state, was organized in 1933 to develop and implement a plan to reduce flooding and conserve water for beneficial public uses in the Muskingum River Watershed, the largest wholly contained watershed in Ohio. Since their construction, the 16 reservoirs and dams in the MWCD region have been credited for saving an estimated $10.7 billion worth of potential property damage from flooding, according to the federal government, as well as providing popular recreational opportunities that bolster the region’s economy. A significant portion of the reservoirs are managed by the MWCD and the dams are managed for flood-risk management by the federal U.S. Army Corps of Engineers (USACE). 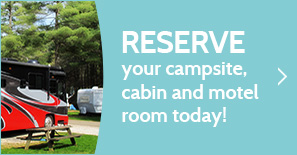 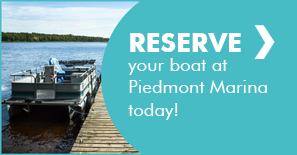 We issue alerts regarding imminent threats to health and safety, and updates that affect activities or property in and around the lake.